While 2020 was a complete and utter bust of a year, lets hope 2021 brings us a lot more to be excited about, starting with the latest vehicles making their 2021 debuts.

In this article we will be taking a look at the latest makes and models that have people oohing and aahing before they have even landed on the showroom floor.

Since this is South Africa, we have to start with a bakkie, and arguably the most anticipated addition to our already booming 4×4 market. The new Isuzu D-Max will be making its appearance in the second half of 2021 and will be built here on home soil. The third generation D-Max promises a ton of meaningful improvements with a “newly developed” version of the Japanese firm’s familiar 3,0-litre turbodiesel engine, with peak outputs increased to 140 and 450 N.m. The new D-Max will have a much bolder style with an updated interior that features all the tech and comforts that one expects from a new top performing bakkie.

Making its debut early in 2021 and already available for pre-order, the new Defender 110 has a lot to get excited about, starting with its engine, it offers a 3.0-litre straight six-cylinder P400 petrol featuring efficient Mild Hybrid Electric Vehicle technology with outputs of 294kW and 550Nm. It promises to conquer the roughest South African terrains with an off-road geometry that sees ground clearance of up to 291mm and maximum suspension articulation of 500mm, there is also no shortage of space, since you are able to pick between five, six or even seven seat variants. She also comes packed with impressive standard interior features; Terrain Response, Connected Navigation, 3D Surround Cameras, 10-inch Pivi Pro infotainment and a Driver Condition Monitor as well as Apple CarPlay and Android Auto compatibility.

Hyundai’s fourth generation Tucson comes in a stunningly new design, much more daring than any of its predecessors, engine sizes should include a 2.0-litre non-turbo petrol and 2.0-litre turbodiesel motors and the 1.6-litre turbopetrol in conjunction with a dual-clutch auto transmission. The interior has also received a futuristic, modern redesign that includes wireless Android Auto and Apple CarPlay, while the Bluetooth system allows two phones to connect at the same time.

South Africa’s favorite bakkie is getting another upgrade and this time she’s coming with a lot more power. The new Hilux should make its debut sometime in 2021, it comes with an increased towing capacity of 3500kg and the power outputs of the 2.8-litre GD-6 engine have been increased from 130 kW/420 Nm to 150 kW/500 Nm. The exterior looks similar to the junior Tacoma with a slightly larger grille, reshaped front bumper and redesigned headlights, the interior also comes with new or upgraded comfort and tech features.

Renaults Oroch bakkie, meant to compliment the Duster currently sold in SA, is said to land on home soil in the second half of 2021. The Alaskan was also meant to make its appearance but because of market speculation it has unfortunately been shelved until the Oroch can prove itself with local consumers. The Oroch comes only as a double cab and features two petrol engines; a 1.6 producing 81 kW and a 2.0-litre delivering 103 kW. A five-speed manual gearbox is used on the former, with the latter offering the option of a six-speed manual or a four-speed automatic.

According to Lexus, the new LC Convertible is the worlds “most beautiful” open-top-car, and its hard to disagree. The car was revealed at the LA Auto Show in November last year and was originally meant to go on sale in South Africa in 2020, however because of the covid19 pandemic its release date has been pushed to 2021. The LC 500 is normally powered by a 5-litre aspirated V8 engine that produces 351kW and 540Nm, with power going back to its wheels through a ten-speed automatic transmission. The South African pricing and specs should be similar; however, both will only be reveled closer to the official launch date.

Gloob Auto Pawn your car and still drive it today

We use cookies on our website to give you the most relevant experience by remembering your preferences and repeat visits. By clicking “Accept All”, you consent to the use of cookies.
Cookie SettingsAccept
Manage consent

This website uses cookies to improve your experience while you navigate through the website. Out of these, the cookies that are categorized as necessary are stored on your browser as they are essential for the working of basic functionalities of the website. We also use third-party cookies that help us analyze and understand how you use this website. These cookies will be stored in your browser only with your consent. You also have the option to opt-out of these cookies. But opting out of some of these cookies may affect your browsing experience.
Necessary Always Enabled

Performance cookies are used to understand and analyze the key performance indexes of the website which helps in delivering a better user experience for the visitors.

Analytical cookies are used to understand how visitors interact with the website. These cookies help provide information on metrics the number of visitors, bounce rate, traffic source, etc.

Advertisement cookies are used to provide visitors with relevant ads and marketing campaigns. These cookies track visitors across websites and collect information to provide customized ads.

Other uncategorized cookies are those that are being analyzed and have not been classified into a category as yet.

Please Note we Don’t do Personal Loans or Cash Loans

pawn your Items or Vehicle 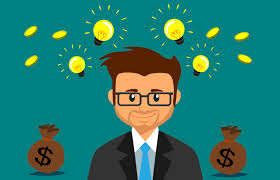 WhatsApp Chat is free, download and try it now here!

× Want to Pawn Your Car. Chat with us